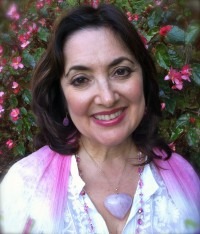 A client of mine named Tom, is recovering from a brain injury. His recovery goals include using tools to increase heart coherence as a method to help relieve anxiety as well as sharpen attention, memory and reading comprehension.

Tom learned to use the Quick Coherence® technique and started to notice that he felt less anxiety and stress in his body and was able to think more clearly.

With brain injuries, people often will feel out of control which can be very unsettling. However, as Tom practiced he started feeling like he had more control over his anxiety and stress even though other aspects of his brain injury deficits were beyond his control. He liked the feeling of being in a calm neutral place.

To retain the steps of the Quick Coherence® technique Tom needed to say it, write it and read it.  Along with notes in his notebook, Tom posted cue cards around his apartment as another way to remind himself to practice.

It’s clear to me that his efforts are paying off. Tom reported on his second session that his daily practice of going to a neutral place has become a new positive habit.  His anxiety is better, he feels calmer and he’s sleeping deeper.

On our fourth session Tom indicated that he was ready to practice getting coherent on the emWave® Pro. This was a milestone for Tom!! Computer programs can be a challenge for him because of his attention deficit issues. His tenacity is paying off; Tom was able to get 20% high coherence in less than 5 minutes!

Like many people with a brain injury, Tom experiences embarrassment due to his deficits. His concern about being judged has prevented him from communicating with others and getting the help and information he needs. As a result, he often misses out on his favorite outings.

Overcoming another hurdle, Tom recently told me with much excitement, that this time he recognized his feeling of embarrassment and moved past it by going to his neutral place and made a call to get information about a special outing he’s interested in.

Recognizing and shifting the feeling of embarrassment gave him confidence to do it again. He’s become so successful with this that he’s now acting as his own advocate. Tom recently was able to inquire and secured speech and language rehabilitation that he very much needs.

By my seventh session with Tom, he was able to maintain coherence on the emWave Pro Balloon Game while listening to the music. This is a huge accomplishment and an important indicator that his multi-tasking attention deficit issues are improving.

As I observe him gaining more confidence and more control over his attention deficit issues, I see how this is also a gateway to using coherence to help improve his memory. In subsequent sessions Tom practiced sustaining coherence while hooked up to the emWave Pro and playing memory games with a deck of cards. His ability to think more clearly and make decisions are also improving.

Appreciating himself and his accomplishments has become part of Tom’s daily coherence practice — it helps him to reinforce and continue building on his self -confidence. It is truly inspiring to witness these transformational changes!